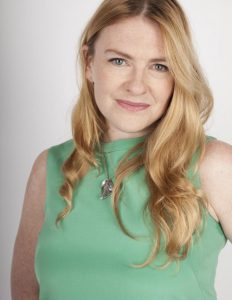 Are you a scientist or science student? A nonfiction or fiction writer interested in presenting scientific ideas in your work? This interactive workshop is for you.

Presented by the Writers House, Department of Biology, and the Alan Alda Center for Communicating Science, this session introduces participants to general principles in how to craft short, clear, conversational statements, intelligible to non-scientists, about what you do and why it matters. Presenter Christie Nicholson will address problems and solutions in public interactions as well as peer-to-peer communication. Participants will practice clarity in speaking to non-scientists about their work and may be actively engaged in improvisation exercises or explaining scientific material to lay people.

About the Presenter: Christie Nicholson produces and hosts Scientific American’s podcasts 60-Second Mind and 60-Second Science and is an on-air contributor for Slate, Babelgum, Scientific American, Discovery Channel and Science Channel. She is a Contributing Editor at CBS’ Interactive’s Smart Planet. She has spoken about technology and communication at MIT/Stanford VLAB, SXSW Interactive, Sundance Film Festival, the National Science Foundation, the National Research Council, and the Space Studies Board. She holds degrees from the Columbia University Graduate School of Journalism and Dalhousie University in Canada. She is an editorial advisory member for the Science Media Centre of Canada. She is based in New York.

Register for this event