Acclaimed poets Patrick Rosal and Tracy K. Smith read together on the occasion of the publication of Rosals’ The Last Thing: New and Selected Poems and Smith’s Such Color: New And Selected Poems. 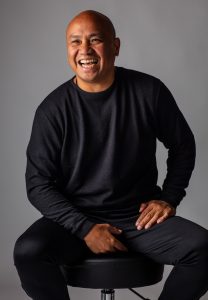 PATRICK ROSAL currently serves as inaugural Codirector of the Mellon-funded Institute for the Study of Global Racial Justice at Rutgers-Camden, where he is a Professor of English. He is the author of five full-length poetry collections including the forthcoming The Last Thing: New and Selected Poems.

He has received fellowships from the John Simon Guggenheim Foundation, the National Endowment for the Arts, and the Fulbright Research Scholar program. Residencies include Civitella Ranieri, a Lannan Residency in Marfa, TX, and the Atlantic Center for the Arts. He is co-founding editor of Some Call It Ballin’, a literary sports magazine.

Brooklyn Antediluvian (2016), won the Academy of American Poets Lenore Marshall Prize for best book of poetry and was a finalist for the Kingsley Tufts Award for Poetry. Previously, Boneshepherds (2011) was named a small press highlight by the National Book Critics Circle and a notable book by the Academy of American Poets. He is also the author of My American Kundiman (2006), and Uprock Headspin Scramble and Dive (2003). His collections have also been honored with the Association of Asian American Studies Book Award, Global Filipino Literary Award and the Asian American Writers Workshop Members’ Choice Award.

He has received teaching appointments at Princeton University, Penn State Altoona, Centre College, and the University of Texas, Austin, Drew University’s Low-Residency MFA program and Sarah Lawrence College. He taught creative writing for several years at Bloomfield College where he previously earned his B.A. and twice served on the faculty of Kundiman’s Summer Retreat for Asian American Poets. In addition to conducting workshops in Alabama prisons through Auburn University, he has taught high school workshops through the Geraldine R. Dodge Foundation, Sarah Lawrence College’s Summer Writing Conference for High School Students, Urban Word NYC, and the Volume workshops in Ann Arbor, Michigan. He is Professor of Creative Writing at Rutgers University-Camden’s MFA program, where he teaches courses on poetry, performance, improvisation, collaboration, and community art. 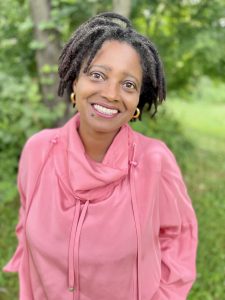 Tracy K. Smith is a Pulitzer Prize-winning poet, memoirist, editor, translator and librettist. She served as the 22nd Poet Laureate of the United States from 2017-19, during which time she spearheaded American Conversations: Celebrating Poetry in Rural Communities with the Library of Congress, launched the American Public Media podcast The Slowdown, and edited the anthology American Journal: Fifty Poems for Our Time.

Smith is the author of the poetry collections Wade in the Water, which was awarded the 2018 Anisfield-Wolf Book Award; Life on Mars, which won the 2012 Pulitzer Prize; Duende, winner of the 2006 James Laughlin Award of the Academy of American Poets; and The Body’s Question, which received the 2003 Cave Canem Prize. Her memoir, Ordinary Light, was a finalist for the 2015 National Book Award in nonfiction. She is the co-translator (with Changtai Bi) of My Name Will Grow Wide like a Tree: Selected Poems of Yi Lei, which was a finalist for the 2021 Griffin International Poetry Prize. Such Color: New and Selected Poems will be published in October 2021.