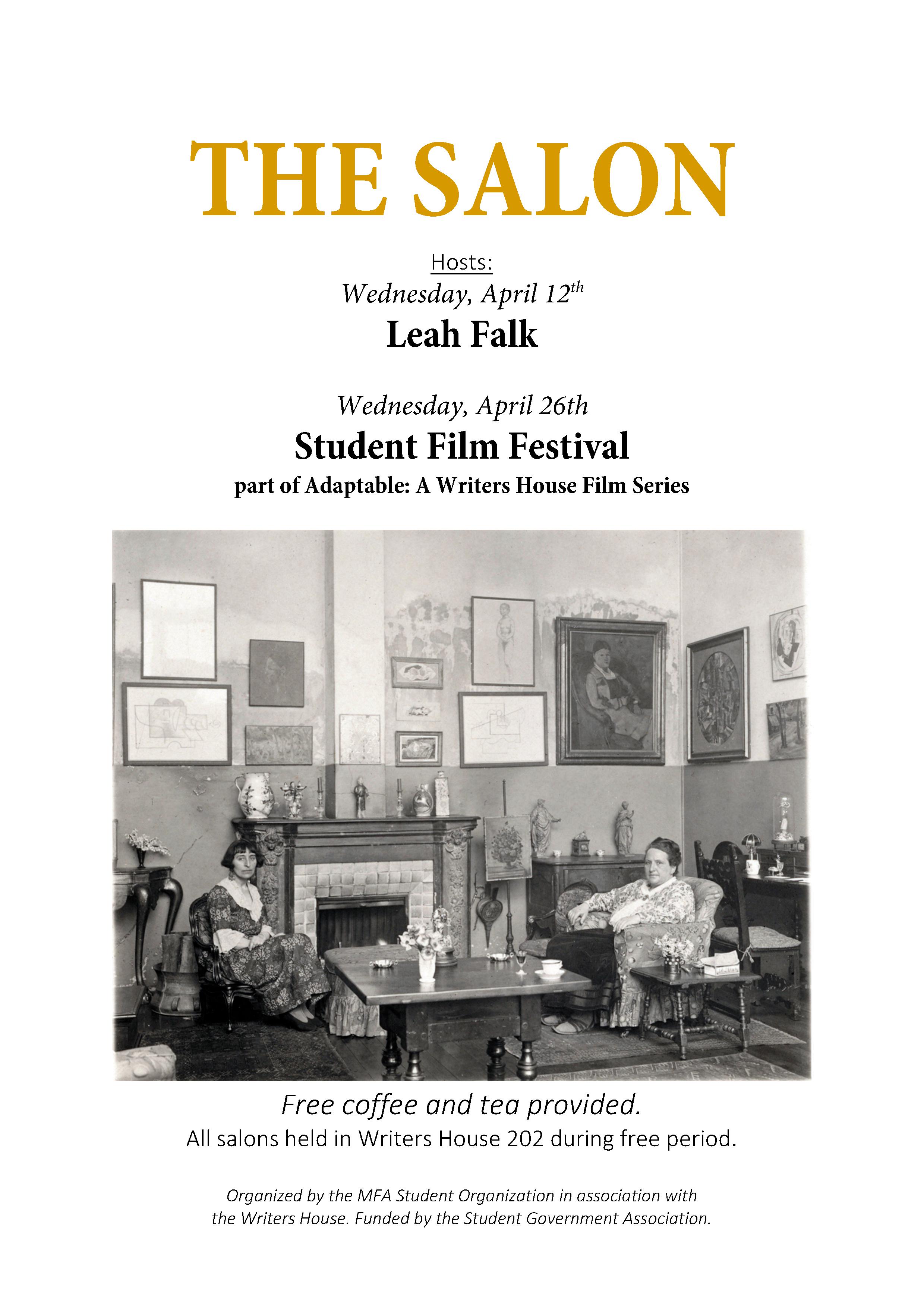 April 26, 2017 at 12:10 pm-1:10 pm – The MFA Student Organization is pleased to announce The Salon, a bi-monthly salon series held in room 202 of the Writers House during free period.    At each meeting of The Salon, the chosen host will present a selection of their creative work followed by a lively discussion. Free coffee and tea will be provided. […]

September 1, 2017-October 31, 2017 at 12:00 am – By Ourselves: Rutgers Student Literary Magazines, 1923–2017, a joint exhibition of the Paul Robeson Library and the Rutgers–Camden Writers House, is on display from September 1 through October 31, 2017. Rutgers has a rich history of student literary production, beginning in the 1920s with the Chanticleer, a student humor magazine whose arts editors included Ozzie Nelson of Ozzie and Harriet. Around […]

September 13, 2017 at 7:00 pm-8:30 pm – Diane Seuss’s most recent collection, Four-Legged Girl, published in 2015 by Graywolf Press, was a finalist for the Pulitzer Prize. Wolf Lake, White Gown Blown Open won the Juniper Prize and was published by the University of Massachusetts Press in 2010. Her poetry has been published in a broad range of literary magazines, including American […]

October 7, 2017 at 8:30 am-4:00 pm – What’s Your Story? is a day-long event designed as a survey of innovative audio narrative. Our presenters work across genres, from audio fiction to oral history projects, news podcasts to cultural commentary. While digesting the best that audio has to offer, participants will also get an introduction to the technical side of podcast design, including […]