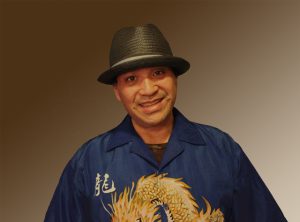 “Haiku has a deep rooted tradition in the place it originated in Japan. Being full blooded Japanese but growing up American has given me a unique perspective on writing and performing English language Haiku. In the thirty-plus years I have been studying, reading, publishing, performing, and teaching Haiku i have come to know it as the art of the short poem. In this workshop, Haiku Dojo, you will learn to see modern day English Haiku as if you were just writing a short poem. We will talk about the root forms of Haiku and how they were appropriated to write Haiku in the English language. We will then explore and invent new forms while keeping the root forms in mind. I will show examples of many forms I have invented and will share the many applications the short poem has in this modern, high-tech world we all live in.”